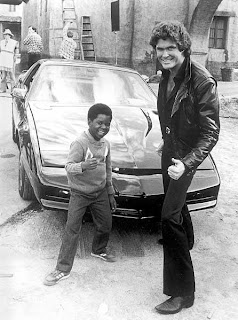 It's a cause for celebration!  We've hit the 26-episode milestone (plus some) of the Darkhan City Awesome Comics Culture Podcast!

Episode description:
We all have a special place in our hearts for '80s sitcoms. However, our reviews of "Surrogates" and "TMNT: Smash-Up" might just leave you feeling like your heart has been broken... by a ninja, no less.

LINKS FROM THIS EPISODE:

Scary Stories to Tell in the Dark

Mystery Men -- put some shorts on 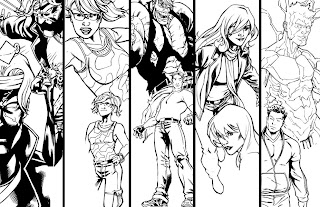 Welcome back!  Episode #25 of the Darkhan City Awesome Comics Culture Podcast is up!

Episode description:
There are some super-lame comic book characters out there, and we've got a couple in mind to share today. To balance it out, we review one of the finest graphic novels ever-- "Batman: The Long Halloween." And we've got some fan submissions for "Good Idea, Bad Idea," too! Sweet nuts!


Marrow from the X-Men

Game Over by David Sheff

Graham Crackers Comics
Posted by Darkhan Studios, LLC at 10:34 AM No comments: 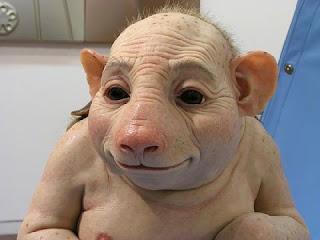 *Just kidding.  I don't know where this creepy picture came from.

Episode #24 of the Darkhan City Awesome Comics Culture Podcast is up!


(click on the link to the right to LISTEN)

Episode description:
Some huge developments in the comics industry took place over the past few months, so the Pantyhose Ninjas are finally offering their thoughts on the Disney-Marvel deal. In addition, listen to Quinn's review of Doug TenNapel's fantastic "Monster Zoo" along with another childish "Word of the Day." Shine on!


And here's a message from listener Simon Owens:
Hey, I remember reading your post the other day mentioning Howard Tayler's Schlock Mercenary web comic. I got a chance recently to interview Stevens for a PBS piece about how web artists are monetizing their content and whether newspaper cartoonists could emulate them:

Anyway, I thought this was something you and your readers would find interesting.

Masters of the Universe

The Dukes of Hazzard

Savannah College of Art and Design