Yep, it's been in the works for several months, but now it's official:

Elders of the RuneStone is being published by comics company Ape Entertainment!
(www.ape-entertainment.com) 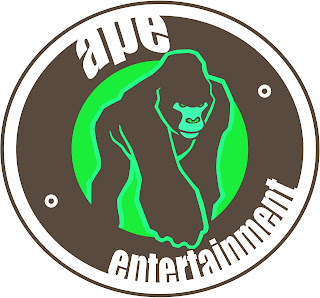 Ape Entertainment was one of the publishers we met with during the San Diego Comic-Con back in July, and together we are very excited at releasing Elders of the RuneStone in comic stores nationwide!

The anticipated release schedule is as follows:

May 2009--A special 5-page RuneStone story (not available even in the regular series) as part of Ape's FREE COMICS DAY anthology, available for FREE!

2009--A special preview book filled with content and teasers for the regular series.

2010--Elders of the RuneStone is officially published as a monthly 4-issue miniseries. Depending on sales, the series is poised to go for much longer!


For right now, our goal is to get the word out so that the comic has the greatest possible chance of success!

To that end, we are hosting a "Membership Drive" on our Elders of the RuneStone FACEBOOK group, with our goal to have 5,000+ members by the series launch in 2010. So send out invites to all your friends! We'd love to have them aboard!

*Also keep your eye out for the announcement of the official RuneStone "movie trailer" to be launched on YouTube very shortly.

In the meantime, check out the official RuneStone website at www.RuneStoneComic.com for free downloads and additional cool info!