Seeing as how the hosts of the show fit both categories...well, we don't know what to tell you.

Welcome back!  Episode #23 of the Darkhan City Awesome Comics Culture Podcast is up!

Think video games are a viable art form with significant cultural value? Well, you're right, so listen in to hear WHY you're right! From the humorous to the historic (including our review of "The Beatles: Rock Band"), the Pantyhose Ninjas divulge their thoughts on the genesis of video gaming at home. We advise wearing pants.

Indiana Jones and the Kingdom of Swing

"Game Over" by David Sheff 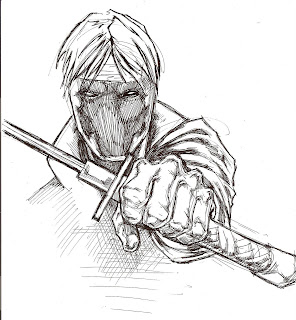 Episode #22 of the Darkhan City Awesome Comics Culture Podcast is up!

Episode description:
Do you like fresh fruit? Or fresh steak? How about fresh comic book characters? Listen to the Pantyhose Ninjas' thoughts on how to keep staple characters from going stale (plus examples of how to NOT do it) in addition to Robert's "Atomic Robo" review and another of Quinn's ridiculous "Good Idea, Bad Idea" segments. Brilliant!

Also check out these awesome renditions of characters from Elders of the RuneStone by Heartless Dark artist and writer Phil Sevy! These were done by Phil as part of the fundraising sketchathon for comics writer Jake Black.  Thanks Phil! 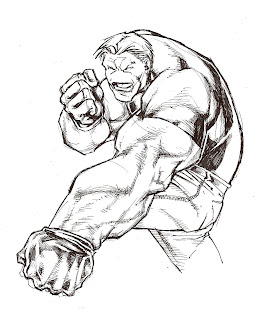 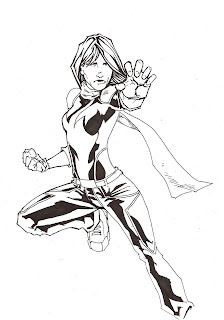 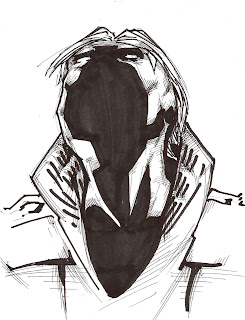 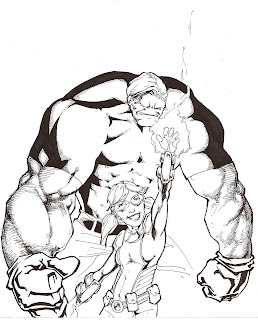 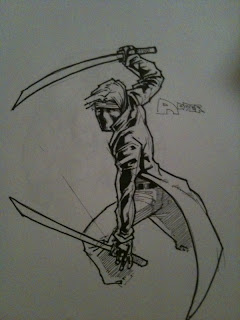 Rhythm of the Night

The Glow (The Last Dragon) 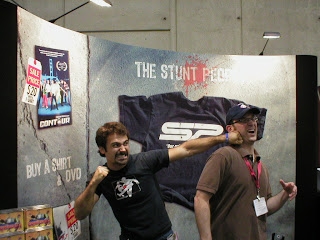 Check out Episode #21 of The Darkhan City Awesome Comics Culture Podcast with special guest Eric Jacobus of The Stunt People!


LINKS FROM THIS PODCAST EPISODE:

THE STUNT PEOPLE -- check this out!!

Kiss of the Dragon

Shinobi 3 for the Sega Genesis

Podcast #20: Marvel Vs Capcom 2 and making comics into movies! 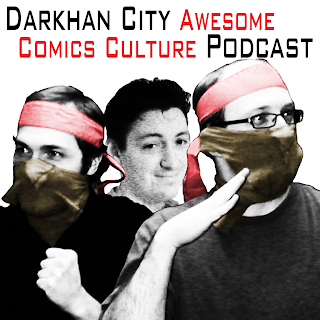 
(Click on the link to the right to LISTEN)
Episode description below:


Find out exactly what we would walk 500 miles for (and perhaps even 500 more) as we review "Marvel Vs. Capcom 2" and discuss the good and bad of adapting existing properties into cinema sensations. Also, discover more ridiculous things that Troy will do for $10 in this "NeverEnding Story"!

And join Quinn Johnson at a special benefit event at comics and game shop Dragon's Keep in Provo, Utah on Saturday, September 12th.

Event description is as follows:

Jake Black is a writer with credits on Smallville, Ben 10: Alien Force, Chaotic and more. In comics he's worked on "Legion of Super-heroes" "TMNT" "Ender's Game" and more. He's written several books including stories featuring popular characters such as Batman, Superman, and the WWE. His next book, "The Authorized Ender Companion" (and encyclopedia of Orson Scott Card's Ender's Game series) hits stores in November 2009. Jake lives in a quiet Utah town with his wife and son.
The comic artists will be on hand providing sketches (for a small donation), selling original art and limited edition prints and other great items!! There will also be benefit fundraiser prize opportunities held through out the day! In addition, Dragon's Keep will also be donating a percentage of sales to help pitch in for Jake Black. So, Please join us in our effort to help support creator and Utah local Jake Black!
Date: Saturday- September 12
Time: 10AM
Artist Arrive: 12 Noon

Artists' blogs about the event:

Posted by Darkhan Studios, LLC at 6:21 PM No comments: